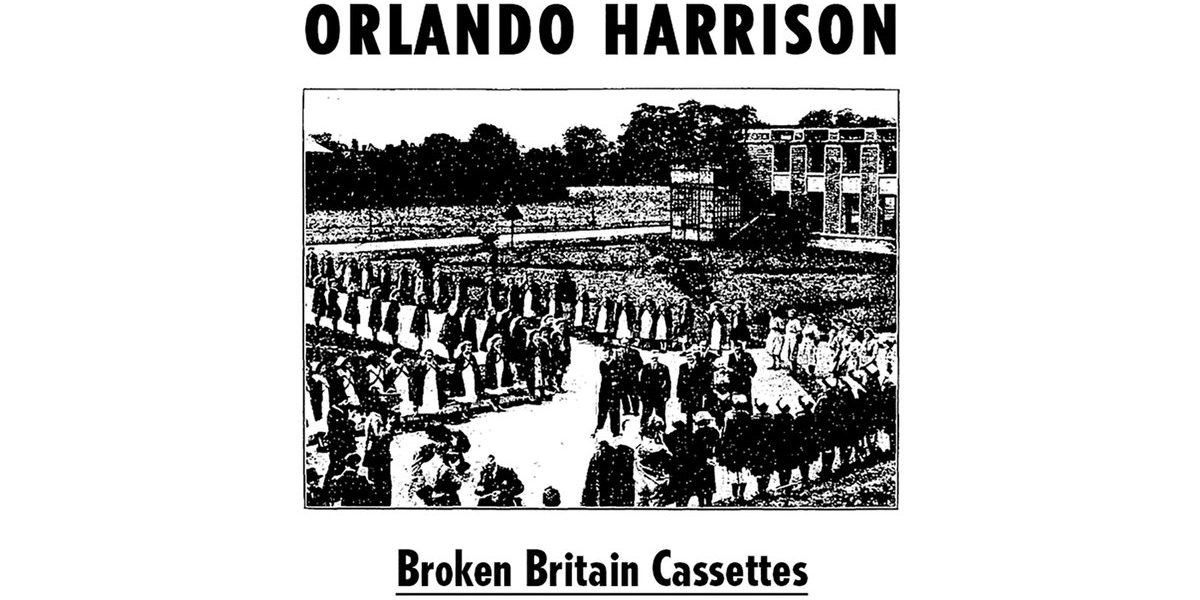 Stammheim Prison, 1975 — Gudrun Ensslin outlines the political position of the Red Army Faction, eighteen months before her alleged suicide, her voice a ghost in the machinery of the german state. The perpetual revolution of helicopter rotors over the prison house echo the grinding of the wheels of justice below, and the relentless rotation of the swastika at its heart.

Thought criminal Orlando Harrison is currently serving a life sentence with the Alabama 3. His past collaborators include Stephen Thrower of Coil, Red Crayola, the Amal Gamal Ensemble, Dr Miasma and the Carousel of Headless Horses, Guapo, and The Daughters of God. He produces and presents the The Wrong Show on Resonance 104.4 FM, and once starred in an advert for Fruit Pastilles.

*Senate House, London — former headquarters of the Ministry of Information, wellspring of British wartime propaganda, model for Orwell’s Ministry of Truth and Greene’s Ministry of Fear, earmarked by Hitler to become Nazi Headquarters after WWII.