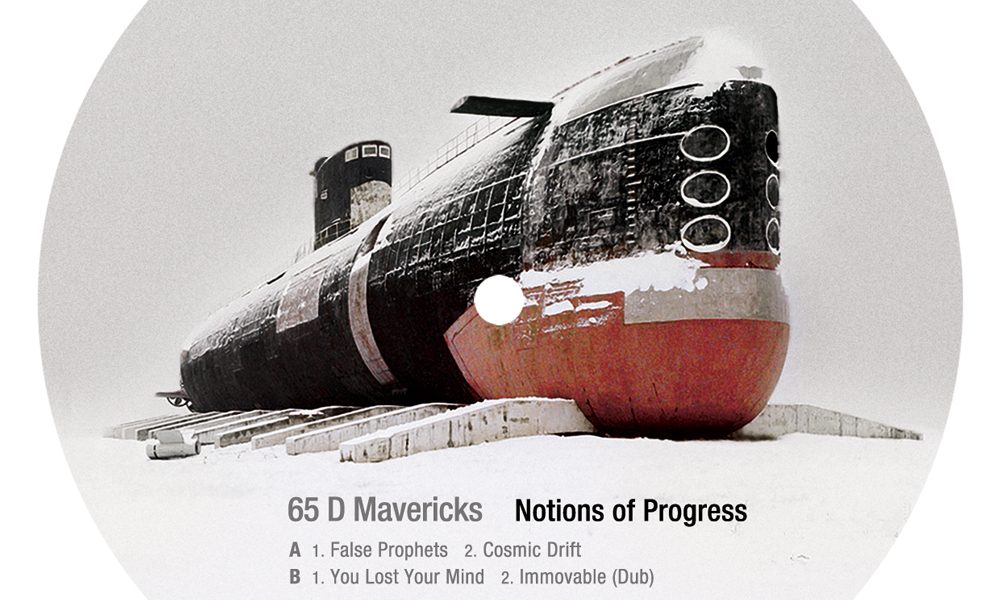 The 65D Mavericks have brought out many genre-defining releases as a duo during the first decade of the 21st century. With a sound best described as groovy, broken beat, UK techno, 65D Mavericks managed to insert a wondrous, immersive feeling to their output. In a decade where hard and fast was not soulless, take for example the works by Oliver Ho, Jeroen Search, James Ruskin, or Grovskopa, Nick Dunton and his late partner in project Richard Polson became an influence for many producers who sought after the same flow. Surface, the label first founded by Richard Polson and then co-run with Nick Dunton, carried this incentive to bring out boundary pushing, fresh techno in its DNA up until their hiatus in 2013. Now led by Nick Dunton, both the 65D Mavericks and Surface records are back to continue where they have left off, moving forward to present a contemporary take on techno starting with the aptly titled Notions of Progress.

Notions of Progress is an EP which continuously seeks to push boundaries on contemporary, abrasive techno, honoring the legacy of Surface. False Prophets hammers down with a raging vocal, a nod to the more punk, industrial ranges of techno. This vocal continues into a bizarre amalgam of screeches, shouts, moans, and exclamations backed by a military 4/4 beat. It is not an understatement to say the track has an angry mood, rebelling against whatever false prophets present today (there are so many…).

Cosmic Drift reminds of 65D Mavericks’ older output, like the tracks Solitude and East of The Sun. Here Cosmic Drift builds up speed using a wet acid line and steady beat, while the familiar airy, alien-sounding melody sets in to take the listener away. Halfway through a dirty, low groove is very much apparent, which is a beautiful contrast to the ongoing lightness of the looping bells. You Lost Your Mind takes the heavenly atmosphere to a new abstract height by implementing a bass guitar as leading pattern. Yet, you can ask yourself if the vocals on this were really necessary. Closing the record is Immovable (Dub), a beautiful dub techno track, moving forward like a train, encountering the same strange jazzy, abstract intermezzos we have seen from the other tracks on the EP.