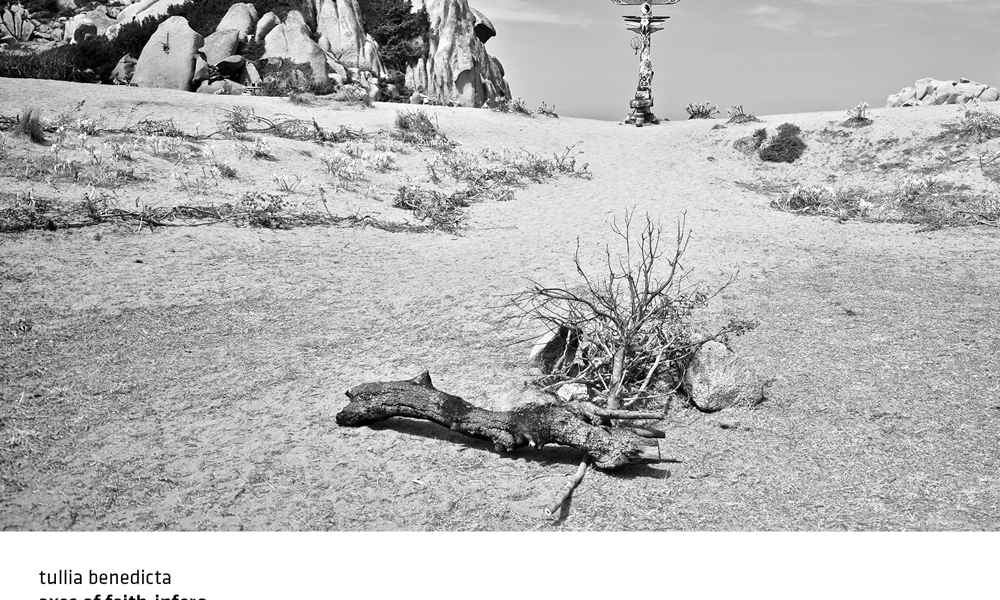 Axes Of Faith-Infero is the first output of the Italian-born and now UK-based Tullia Benedicta on Black Chrysalis Archives. The single seems to be a great match with the manifesto and working method of BCA, taking the evolving of a monarch butterfly as guiding theme for their musical output. The various stages of metamorphosis signify not only the patience and care the label is willing to give to the artists it hosts, but also the dark, enigmatic attitude of the butterfly’s cocoon. Axes Of Faith-Infero is being brought out as part of BCA’s Embryo series.

Tullia Benedicta has her musical roots in shoegaze and post-rock, both atmospheric genres, which she elevates in her previous autonomous works Anteros and Echi. Relating closely to the style of OAKE, Piano Magic, and Years of Denial, Benedicta makes excellent usage of her skills as both musician and vocalist. The mentioned connection to YOD might not come as a surprise, as Jerome Tcherneyan has contributed to her previous work Anteros as well as having mixed Axes Of Faith-Infero.

Axes Of Faith makes a grand entrance with a cinematic, stretched synth, alternated with slow drums and hats. An anticipation felt as were it a ritual procession throughout a barren landscape, Benedicta’s dark, angelic voice echoes over the deserted valleys. Pierced through by static noise, the vocal becomes more urgent until it fades away in the wind. Infero takes the darkness up a notch, with menacing words and heavy, interruptive bass. The drone lingers on until halfway through an EBM beat, reminiscent of FLA, loosens the limbs to a controlled frenzy. There is no doubt that Infero is a natural continuation of the mood set in Axes Of Faith, both halves of a consistent whole.