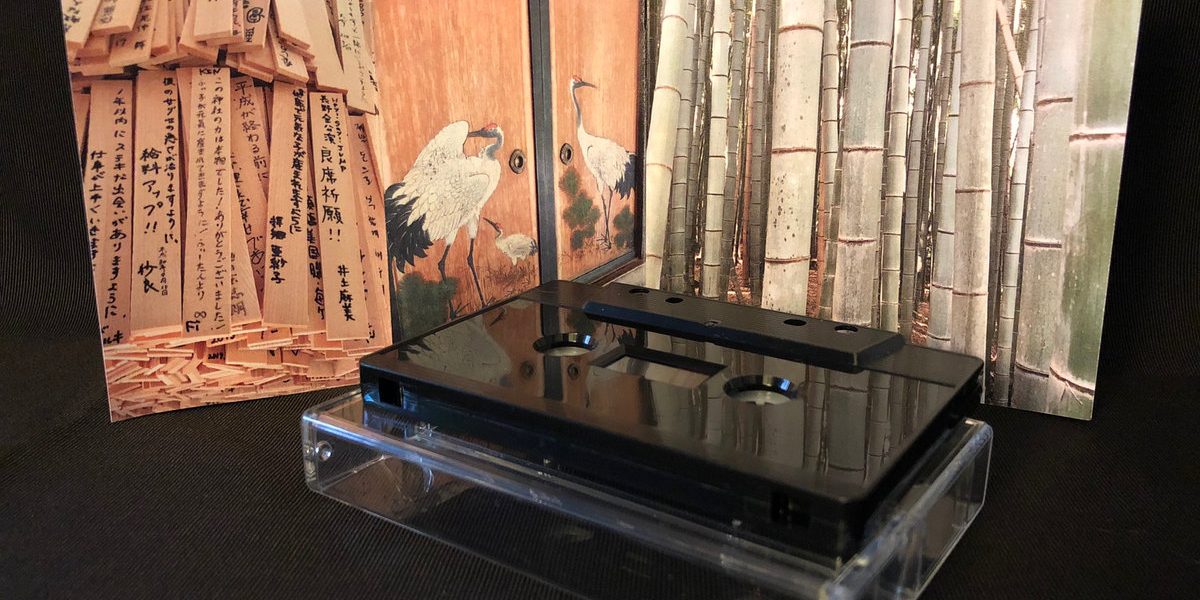 Going towards the end of the year, releases are going full speed. It’s been some work to keep up with the pace of all labels we usually keep an eye on, but we are happy to present our list for November. We have decided to compile this monthly list, because of the sheer amount of underground releases that simply deserve a mention due to their beautiful quality, cutting-edge sound, and inspiring artwork. This list is in no particular order! As always we will also provide links to where you can buy these gems and support the artists/collectives.

Zenevloed has already covered some of the output of the new Washington D.C based label, so it is needless to say that we are already very impressed. Unidentified Techno set the tone with their first release Texas Weed, a split between Time Consumer (Pater Noster Ltd) and Toulouse based Antikteeth. Half uncompromising, grungy techno, half minimalist, tonal explorations.

Daily Routine comes close to the musical equivalent of an autobiographical archive. Collected sounds, from over a decade, are transposed, collaged through which an assemblage is created. Amazing intersections, a record for both the club and at home.

NY founded, Berlin based Tropical Goth occupies itself with synth laden tracks for a generation reminiscent of earlier decades of rave. Part of a special new wave in “wave” and electro, Tropical Goth does its best to give a new take on these old-school sounds. Their latest compilation combines some interesting names, for example Netherlands (West Coast) based Deirdre Direktor, representing different flavors of the current scene. Highly enjoyable, wet, driving electro, flipped techno, melancholic lofi, and powerful body music.

Massive remixes of an already great album. Criminal Remixed beautifully shows the characters of each remixing artist through their contributions. The solo-project The Soft Moon evidently got into the spotlight with Criminal, a bittersweet mixture between lyrics and melody. Criminal Remixed loads up on that productive anger, amplified by the high quality remixers. Surprising: the Ansome remix, showing a side to his signature sound we haven’t seen before.

Black Helicopters breathes old-school south-side rap compiled in an amazing +2hr undertaking by Agnarkea. Natural Sciences is (among contemporaries like Berlin-based 777 Recordings) known for their grimey, hip hop, jungle influenced output, but Black Helicopters takes it to another, more spiritual level. Definitely a record that should get more love.

Eomac continues the collaborative sonic explorations with Demian Licht, known for her conceptual take on techno and immersive AV experiences. ETHC003 draws parallels to Eomacs characteristic broken percussions, ethnic influences and is overall more tailored to the body than the predecessor with Seán Carpio.

A stronghold in (dub) techno, Semantica continues to innovate their sound by releasing Silent Perfume. Hypnotizing, intricate rhythms, slowly evolving as the process of time moves. Perhaps MA is derived from the specific Japanese characteristic in architecture, which describes the space between two elements, a slightly more subtle take on negative space, which is very fitting for this album.

Mesmerizing, rare endeavor from Acronym and Korridor re-issued by Vaagner. Well-known for their solo work, Untitled is a deeper look into their creative souls through magnificent patterns of light and dark.

“MUSIC TO TORTURE PRIESTS TO”

Showing another side of the similar underground spectrum of lofi synth, noisy wave (see #3), we have Tara In Tibet going in full force after releases on Last Europa Kiss and Clan Destine Records. Nasty industrial sounds.