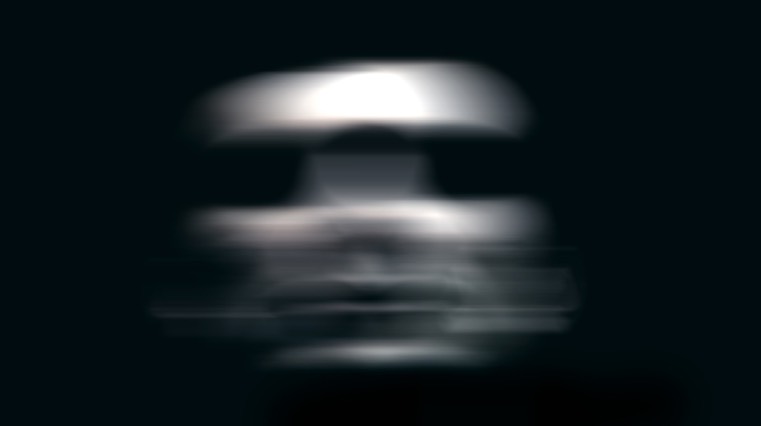 Iranian experimental music has made a comeback in the spotlights. Film, literature, and especially music always has been a form of sharing opinion in Iran. Dating back to the ancient parables and poems told in the old realm of Persia, Iranians within and abroad the country still express themselves actively through various mediums, continuously making up an exciting brand of experimental art. Mirroring the varied cultural influences, be it through immersion into new cultures or the ghosts of displacement, it’s now also a typical Iranian skill to blend classical references in their storytelling, ornamental, blooming, like the carpets from Isfahan or Kashan, with tastes, beats, and colors of new territories.

Arastoo Darakhshan is one of these musicians fusing classical elements with boundary pushing electronics under the aliases Ixuol and Arastoo. We might recognize some freejazz influences, coupled with energetic breakbeats, overlayed with traditional instruments. Having released Abstraction In High Fidelity on the Zabte Sote label, spearheaded by Ata ‘Sote’ Ebtekar, it is clearly a sign of new times breaking for this specific scene, making connections from their home country to lands overseas in a more intense, or bold, gesture. In this Exchange, we speak to Darakhshan about becoming and expressing in another country, the importance of making reference to classical styles, conveying deep emotion in ‘synthetic sounding’ music, and the meaning of working together with other Iranian composers.

This Exchange is accompanied by a mix, blending beautiful influences and current moods.

Z – Thank you for this interview. To start off, something I have been wondering about: how exactly did your journey as a composer come to be?

A – As far back as I can remember, I have always had a deep connection and love for music spanning many styles. My father used to tell me that when I was two years old he would sit me in front of the radio and I would pretend to conduct the music. I’m assuming it was an orchestra I was listening to.

When I was three years old in 1983, we moved to the United States and resided in Berkeley, CA. I have a sister who is ten years older than me, and during those early years my main exposure to music was either through television or what she was listening to which was mainly 80’s American pop i.e. Prince, Madonna, etc. which I remember enjoying greatly. My parents didn’t listen to music much on their own, but we would attend many family parties and they always had Iranian pop music playing very loudly while everyone danced. I never found myself gravitating towards that particular style of Iranian music. I also remember playing video games mainly to hear the music. I had to beat certain levels in order to earn the music that I enjoyed in higher stages of the game. When I was ten years old, at one family event there was a man playing the piano. I remember sitting in the far corner and being in awe of the beautiful piece he was playing. At that moment a strong shift had occurred in me, and I knew that is something that I wanted to experience.

It wasn’t until my high school years in the late 90s that I was exposed to a much larger range of music from heavy metal, industrial, rock, alternative, world, classical, electronic and experimental music. A few close friends of mine turned me on to new styles of music and from there an entirely new world opened up to me, and I fell in love immediately. It was during my later years of high school that I truly started thinking about making my own music. That is also the time when software was becoming more accessible to the general consumer. In college I was studying sound engineering, and the amount of music and people that I was exposed to was incredible. During college in the early 2000s was also the time that I began developing an interest not only for electronic music composition, but film scoring as well.

Z – In which way did the context of the USA influence your modes of expressing musically? Can we for example hear this back in the blends of styles you operate, or was this already a sensibility you possessed from an earlier stage?

A – I would say that most of what I compose has been influenced by my living in the USA since I was three years old due to the vast amount of exposure here. I usually don’t consciously blend styles, unless of course it’s a specific intent as was my latest release, Abstraction In High Fidelity with, Zabte Sote. You can definitely hear the blending of styles on that album. I definitely would say that having lived in the United States for most of my life, and especially living the San Francisco/Bay Area with such a diverse culture, has been a blessing for me as it relates to music and art in general. Also, the Bay Area has a diverse range of people from all over the world. Being fortunate to have a large group of friends, they all show me new music all the time which never ends my exposure and curiosity. I am very grateful to live here.

Z – How do you feel about making use of more traditional Iranian instruments, like the santoor, within your compositions? Which emotions do you intend these instruments to transfer to the listener?

A – I actually own a santoor and a ghanoon. My father brought them back from Iran for me many years ago, and I absolutely love them. I had done some basic recordings with them a few years ago, but haven’t yet incorporated my live performance in my work. I absolutely do intend to make use of them heavily in the future.

These two instruments have a natural feeling of nostalgia for me. I don’t particularly associate them heavily with my upbringing, but nonetheless I feel a sense of longing when I hear these instruments played. My father passed away in 2014, and has left me a box full of cassette tapes with very beautiful, somber, and at times haunting traditional Iranian music. These are the emotions that feel when I listen to them and will hope to express through the santoor and ghanoon. Though I’m not by any means a virtuoso with them, nonetheless I hope to make good use of them later on. With, Abstraction In High Fidelity it was my intention to synthesize the feel of those instruments and see how I could possibly express those same emotions through an electronic medium. I hope I did it 🙂

Z – Drawing on your last release ‘Abstraction in High Fidelity’, how do these said emotions cooperate, clash, or otherwise blend with the ‘abstract’ side. Is subtlety an intention?

A – I feel and am hopeful that other people who listen to it will also feel that these elements blend together well. The “abstract” side is rooted in the non conformity of a specific genre or rather, a specific structure. I do hope that the emotional qualities of the music aren’t too abstract because ultimately I do want people to connect to it. At times subtlety was intentional, and other times it wasn’t. Of course, that may differ from person to person.

Z – How did your works connect to a wider collaboration with other Iranian musicians and composers, for example Zabte Sote? What power is there for you in the act of collaboration, and do physical distances matter when working together in this context?

A – As far as collaborating musically, that hasn’t happened just yet with other Iranian composers; but it is something I definitely hope to do in the near future. I am very fortunate to be close friends with, Ata Ebtekar (Sote). We had met here in the United States back in the early 2000s and connected instantly as both composers and friends. We have always wanted to work together in some capacity, and now through the Zabte Sote label we have been able to open that door. I mastered all the tracks for Zabte Sote’s compilation album, Girih which I was absolutely honored to do.

I have collaborated with other electronic composers and it was fantastic. For me collaboration is a great way to grow my craft and learn from each other. Thankfully so far the physical distance has not been an issue with the people I have worked with, nor do I see it being one in the future.

Z – Finally, what can we expect in the near future from your aliases, Ixuol or Arastoo?

A -The next Ixuol project entitled, DYNAMISEV will be an album that is heavily focused on deeply complex beat arrangements and machinery/electronics. A heavy sound. I also of course plan on doing a wide range of different sonic explorations into electronic music with future Ixuol releases.

As far as my, Arastoo releases go, that will be more focused on film scoring, orchestration, piano, and Neo-classical compositions. A very different style from Ixuol.