Having swapped Auckland for Berlin, Keepsakes has continued to spread a particular industrial infused flavor of techno via his co-directed label HAVEN. The artists connected through the HAVEN outlet until now are all bold representatives of the scenes in their home countries, in cases (like VTSS) gaining rapid international recognition. The upcoming Keepsakes release on the label Modern Anxious Vernacular however will take a slightly different turn, making space for a slower, more introspective, tempo.

We have been made curious about the process behind this record, so in this Exchange we speak about going against the grain, innovating your sound, the feeling of being stuck in the creative process, along the network of like-minded artists HAVEN is building at the moment.

Z – Thanks for this interview! As said in the intro, you have made quite clear that this new release is something different from what people might be used to. How did you decide that this was the right time to release this? What was the process behind the creation of the EP and was this perhaps influenced by other genres than industrial techno?

K – Thanks for having me!

I’ve always had the odd slower track in my releases, but I found recently that I was getting far more inspired to work on this slower style than on faster bangers when in the studio – so I just rolled with what I was having the most fun doing and finding the easiest to get interesting results with. I generally like this tempo because of the extra breathing room it gives rhythms, that extra space it gives you to evolve sounds and textures. I also really love house music and that influence I think came through on some of the tracks. When I started producing electronic music I also originally made pretty rubbish dubstep and bass music style tracks – and I think some of that influence has come back in to this EP, especially the last track.

It also felt like it was the right time to release this as the main trend for harder techno right now seems to be heading in a faster, trance-inspired direction. I enjoy and play a lot of the tracks like this coming out, especially the Copenhagen stuff – but I just wanted to release something distinct from the style many uninspired people are biting on right now. I definitely think being distinct and standing out from the crowd is more important than simply playing up to what’s popular at the moment. At the same time there does seem to be more and more people experimenting with slower tempos, especially on the more EBM-oriented side of the scene.

This EP was made in the same way I’ve written most of my other tracks – using Ableton and some select VSTs. First I’ll generally try to get a nice loop going, with at least 90% of the drums, and then I start arranging the track alongside a synth sequence and some other sounds until I feel it’s done. Then I tend to go back and add extra little sounds and automation as I feel is necessary. The way I’ve been making music since I finished this EP is actually completely different and far more hardware-based.

Z – On the other hand, feeling conflicted about one’s work is quite normal in a creative process, but often leads to a ‘block’. Is experimenting on your own label a way to break routine in a relatively safer space?

K – For sure since we launched the label side of Haven last year I’ve felt I have a lot more creative freedom with my releases. Generally most labels are simply looking for effective dance floor bangers – they’re easy to sell and easy to promote right now – so it’s difficult getting other people interested in my slower, more cerebral material. Having my own label allows me to get around the bullshit of other people’s expectations and creative directions and release something completely honest that represents exactly what I want to do, regardless of what’s popular right now. 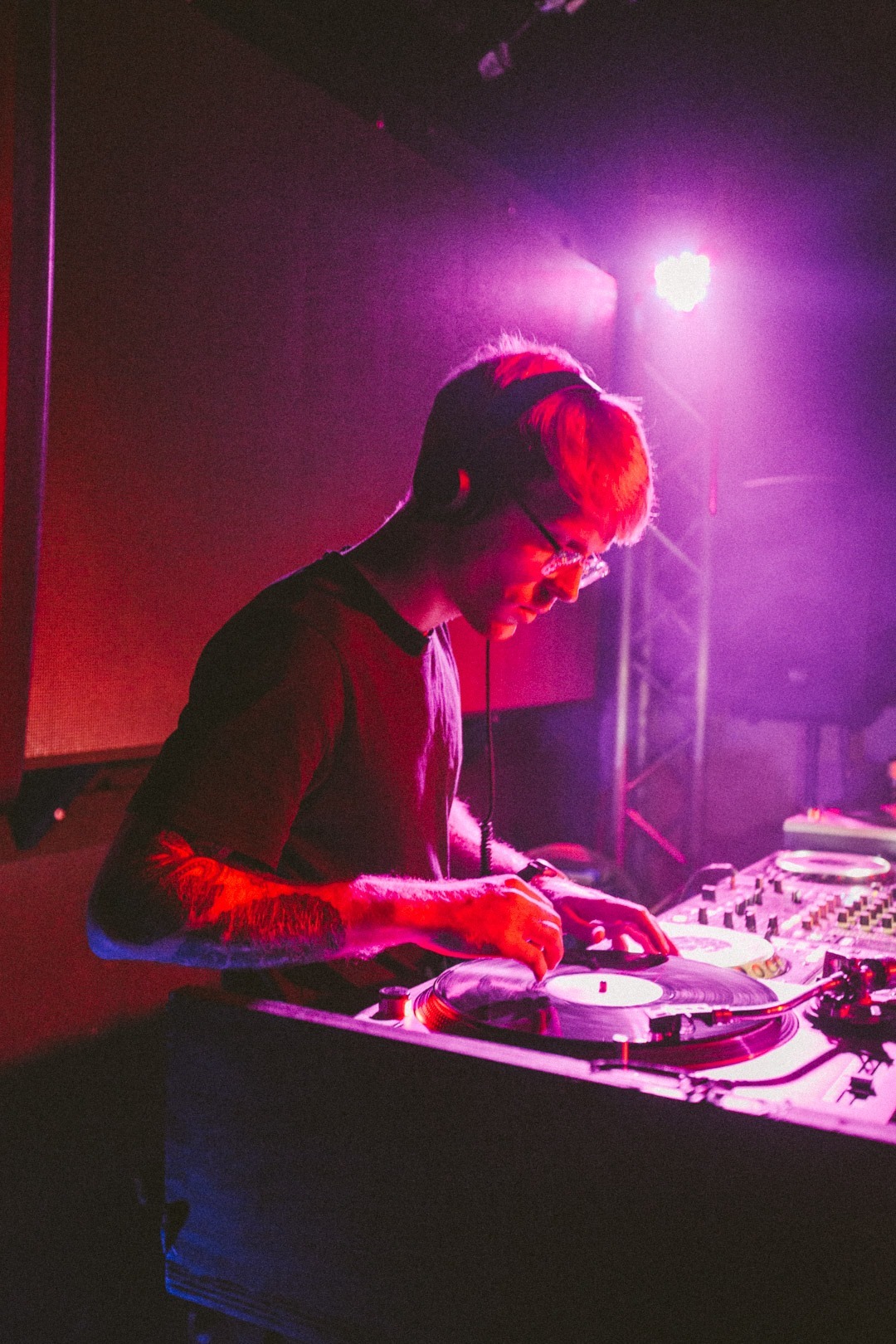 Z – Being innovative is as important as staying true to your sound. What is your opinion of the current landscape in industrial techno? Is there a difference in how you interact with the scene as a DJ, producer, or label head?

K – I actually think the more industrial techno sound in recent years has shrunk a little – at least in terms of its insane popularity a few years ago. This inevitably happens to all scenes that get really hyped for a while, but also a lot of the music coming out is pretty boring and essentially just some distorted 909 drums alongside an unremarkable 16-note staccato synth line. I think this reflects a real lack of creativity in techno in general at the moment – minus a few genuine innovators like Objekt and Leisure System’s Barker – especially in regards to what’s trendy. You know you have a problem when some of the most popular, in-demand acts aren’t attempting to experiment with new sounds and textures, instead opting to make generic acid tracks that sound borderline identical to what people were doing 20 or 30 years ago. At least it makes life easy for their ghost producers I guess!

I definitely interact with the scene differently as a DJ compared to as a producer. As a DJ I’ll try to keep up with current trends a bit more – it’s more of a balancing act between what I want to play, the vibe I’m known for, and what I think the crowd will want to hear on a given night. As a producer I really don’t consider the audience much at all, it’s more about making something that I think is worthwhile that I hope people will like later. As a label head it’s more of a balancing act again – between music that I would actually play in my sets, innovation, and looking for artists where you can see some momentum behind them.

Z – HAVEN as a label has been founded slightly over a year ago, partly to push the industrial techno scene a bit more in New Zealand along with the HAVEN nights. Since the founding of the label both artists from NZ and abroad have released. What is the decision factor for someone to be released by you and what is the intended transnational network you are building through this?

K – As I said above I tend to look for music that’s going to be effective in my DJ sets, alongside something that’s innovative, and I am also generally looking for someone you can tell is on a bit of a roll right now. We originally intended to release a lot more material from New Zealand artists and really work on promoting that side of things – but the fact of the matter is there’s only a couple of people based there that regularly send me music, including Body Beat Ritual. The appetite for harder, weirder techno over there is pretty minimal and I’m not sure that will change any time soon.

Z – Connecting New Zealand with your current residence in Berlin, has this change of environment influenced your style or output so far?

K – I think it’s certainly pushed me to want to do something different from the rest of the scene. I’ve essentially moved from an environment that was pretty starved of good quality dance music and parties to one that is completely saturated with amazing music and parties every weekend. In New Zealand making hard, fast techno bangers felt more transgressive because there was literally no one else doing that. However, in Berlin making music like that feels more like submission and assimilation since there are so many people doing that here.

Z – Can you give us a sneak peek into future projects, as Keepsakes or within HAVEN?

K – Beyond my next EP we are also planning a second white label vinyl release on Haven with some of my older tracks which we will be announcing very soon. I also think it’s likely I’ll end up doing another collection of slower tracks on Haven later in the year – and I may also put together a live set alongside this since I’m writing a lot more music on hardware these days. We’ll also hopefully have another EP from Tommy Holohan later this year, but beyond all this we’re not entirely sure what else will happen. We try not to plan further than 6 months in advance to try and keep things fresh and exciting.