June 2018 was an important month for Modular Mind. A month in which it again became clear how the current scene provides for fertile transnational collaborations. Connecting over similar artistic visions and the will to exchange ways of doing. The label led by the Lebanese artist Kujo embarked on a second showcase tour around Asia, invited by the Korean event-series and label Constant Value. Having toured intensively for a week, the big closing was at De School in Amsterdam, where Kujo currently resides and operates (also as a valued member of Zenevloed). This edition all the pieces seemed to come together, building upon familiar faces and inviting new allies, like Safa. Now the dust has settled a bit more, it is time to ask Kujo some questions about the conceptual side of the tour, the connections made overseas, and new projects for the label such as Safa’s new record. 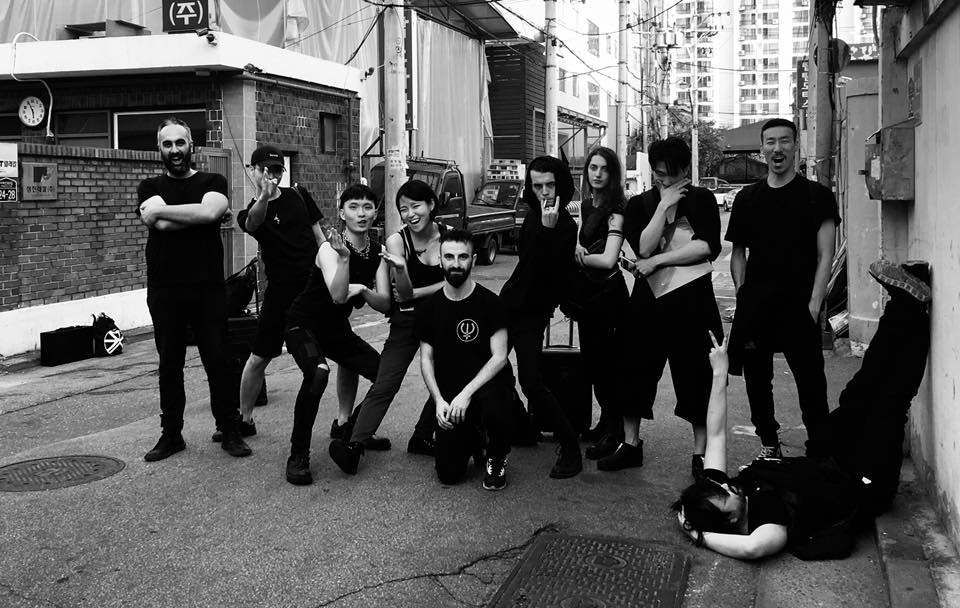 Z- Constant Value’s energy in inviting contemporary groundbreaking labels and artists is unrivaled. Some examples of collaborations are with Champ Libre, Instruments of Discipline, and Liber Null Berlin. Self-expression in an intimate environment is one of the keys to their success, fitting perfectly with the aims of Modular Mind. How did you connect with Constant Value? In which way did that result to the first invitation, and now the second?

K- The first contact was after discovering Eexxppoann (Head of Constant Value) on Soundcloud, I’ve found his sound to be interesting and the whole aesthetics of the project to be relatable. I contacted Eexxppoann after he had been posting some interesting architecture pictures that he seemed to be involved in, and at the time I was a little more obsessed with architecture and spaces. The conversation flowed and later I mentioned that I was visiting Tokyo and ask him if he was playing there so I could catch his performance, it was at that moment that he offered to potentially arrange shows in Tokyo for us. So our first interaction was out of mutual craziness about certain topics and our first collaboration so to speak was ironically in Tokyo together with our friends Space Baghdad, and it was not until the year after that that we did our first actual collaboration at Constant Value in Seoul.

From here on out we became really good friends and the whole crew became like family. We share a vision and the same fire inside of us, so every collaboration we did after that was out of desire to just express our sound in these spaces. Korea has a new frontier feeling to the scene, it seems that through these events we are actively contributing to a change and creating an experience that everybody seems to take home with them. As a Lebanese based in Amsterdam with a strong bond with Japan and South Korea it feels beautiful to work and experience such unique situations, it’s a very genuine exchange of culture and music. 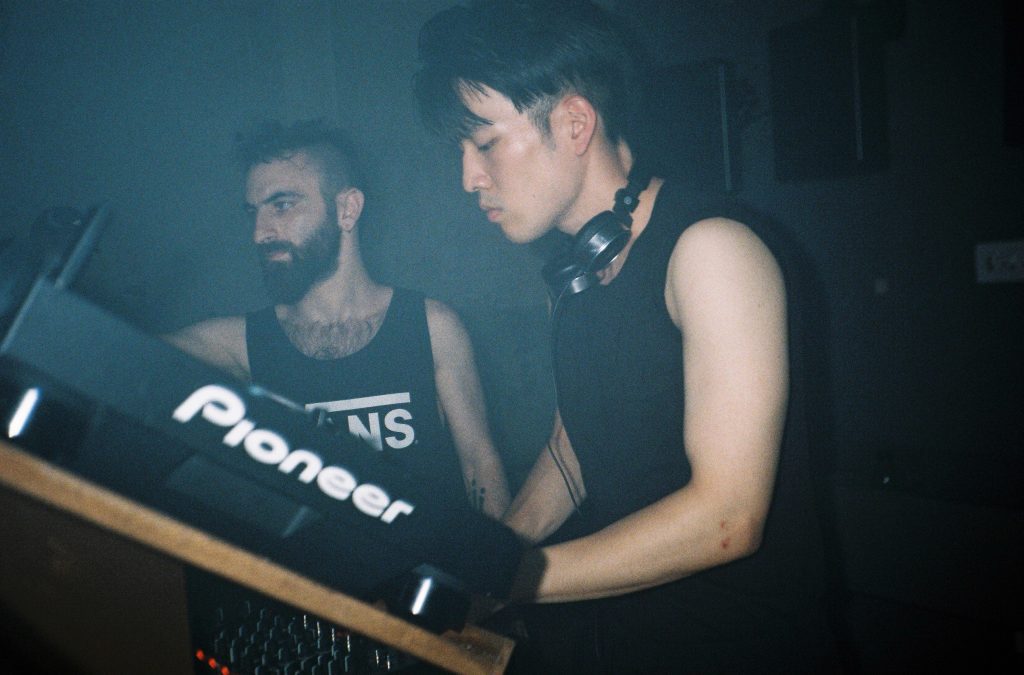 Z- We have followed the online news around the tour. The images, videos, and of course music and visuals exuded an unusual kind of intensity. Was this part of the planned concept? What did you want to bring to the table this time?

K- It was somewhat planned but we always do what we feel. To quote James Maynard Keenan “We observe, interpret, and report what is going on around us.” I resonate with this quote personally, it puts a practical definition to our artists that operate in the current era. So the unusual intensity is a reaction to the stimuli we experience nowadays, perhaps a statement made unconsciously.

FUROR’s audiovisual performance played a big part in the visual identity of this tour. We all share and experience a common idea to a certain extent, and the tour in and of itself inspires us greatly since the impact is on the front-line in a scene like the one in South Korea, the performances and statements we take part in have not been made banal as it can be sometimes felt in the West. We wanted to make an impact and that is exactly what happened, we’re aiming to distinguish ourselves from the fashion aspect of the scene we are in, we focus on the experience and the development of the art since these are the two most meaningful components for us. Nowadays we find a lot of entities going for a polished façade, sucked into discussions about diversity or sexuality with no attention whatsoever on the music or experience. We have always supported whoever fascinates us musically regardless of their sex or ethnicity and we don’t worry about filling up diversity quotas.

On the Modular Mind end, FUROR made our visual statement through their audiovisual performances and Constant Value dictated the space and paired us with two of their visual artists Sinn and Sungsoo Park. Both crews coming together feels very natural and we make no artistic or creative compromise on both ends, Constant Value really manages to create an ideal space for us. This year we had the honor to initiate their first endeavor in the city of Busan which was in a beautiful industrial seaside factory in collaboration with RTBP Alliance, and it was safe to say that neither of us were afraid to try a new experience in a new space. 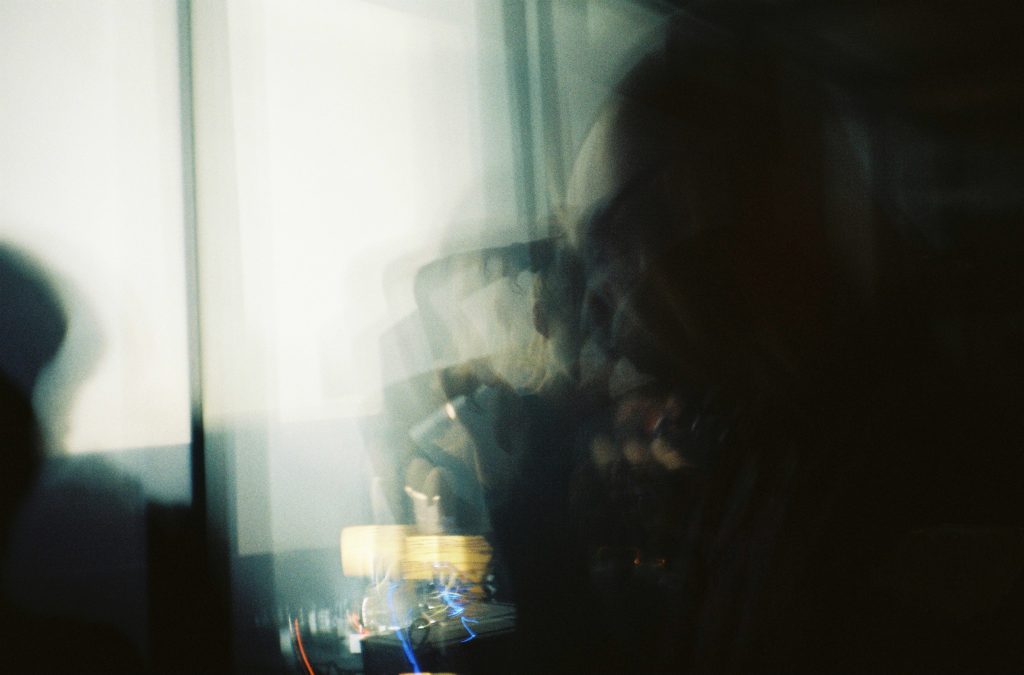 Z- The tour came to an end in Amsterdam, an important city for you as mentioned in the intro. Modular Mind presented the programme in De Cinema in De School. Could you give us an insight on the preparations for this? How did it feel to conclude the series of events in De School?

K- I have had initial talks with Ernst, the creative director of De School, we both had a similar desire to bring something different to that space. Initially it was thought out to be a separate event from the showcase but as time went by it just fell into place that the dates coincided perfectly with the tour. I had an idea for an audio-visual experience, so the room entitled De Cinema was the perfect space for this, it is really well set up for an audio visual showcase, so I just had to add a decent sound system to it.

De School really offers an amazing space with a lot of opportunities to reshape it, so our performances in De Cinema were the first ever made there as part of the club program. We definitely stirred the pot a bit and a handful of people (albeit not the majority) came to us later to express how pleased they were and that this was an experience that they were really looking for, so it felt really nice to be able to connect with the listeners despite us being in a new room and showcasing a new concept. It definitely was different from the rest of the dates we had since De School is an official establishment with a professional team behind it, their program ranges from house, electro to techno and ambient.

Our previous shows on this tour were raw as fuck with a diy approach. It was definitely nice to contribute to De School with a little bit more intensity in our own way so our side of the spectrum would be also represented in such a diverse program, I really believe there is a lot of potential for us in a city like Amsterdam since what we do is underrepresented when compared to cities like Paris, London or Berlin.

Z- Now the storm has calmed down again, did this tour present new opportunities to build upon in the next couple of months?

K- We broadened the circle and reached out to new people, however it is part of a consistent growth we’ve had. We’re not looking for overnight success, but this tour was a confirmation that we’re going in the right direction because the people we reached out to and touched expressed their love and gratitude for what we are doing and the way we are doing it, the circle of listeners got wider and new terrains have welcomed us greatly such as De School and in Busan. 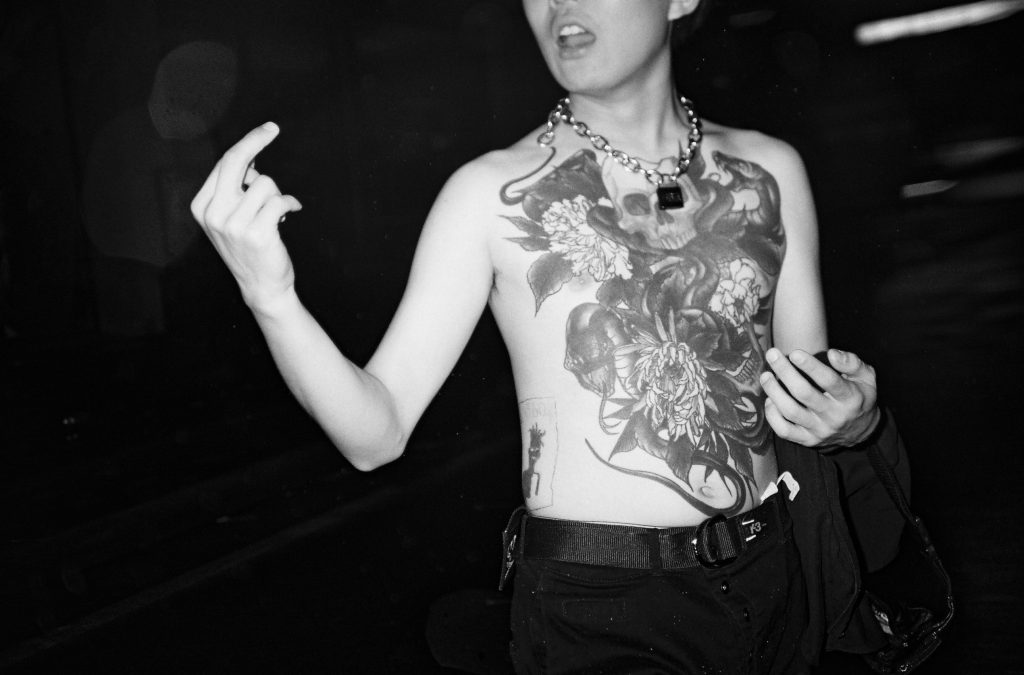 Z- Safa, a new face to the label, was part of this tour. He also has a new record upcoming on Modular Mind, showing that the introduction to the family will be hopefully a long lasting one. How did you come across his music and what led to you releasing his vinyl?

K- In an odd way. One of my best friends from Beirut, who is not involved in the music scene, sent out of the blue a Soundcloud link of a nameless project on Soundcloud that had 12 followers, it only showed the origin city “Beirut”. There was only one track on there, but it was one hell of a track. I’d never heard anything like it so I decided to contact them on Soundcloud. Turns out Safa was behind that project.

Being from my home city as well the conversation flowed pretty easily and after showing my interest in his music he ended up sending me his unsigned full length album. I was really impressed by his work, it sounded unique and challenging. Although I must admit the first two or three times I listened to the album I just didn’t understand it, but the more I listened the more I got the feel of it before I realized its value, that is a common thing when listening to new genres you just don’t get it at first. After that I had a few trips to Beirut where we met up and our vision about music seemed to be in parallel with each other, so it was a natural step to offer him a 12” vinyl release for his album which will be our second vinyl release MM02 . He already has more material to be released after this upcoming album and I am really excited to have his music out there for the people to hear. 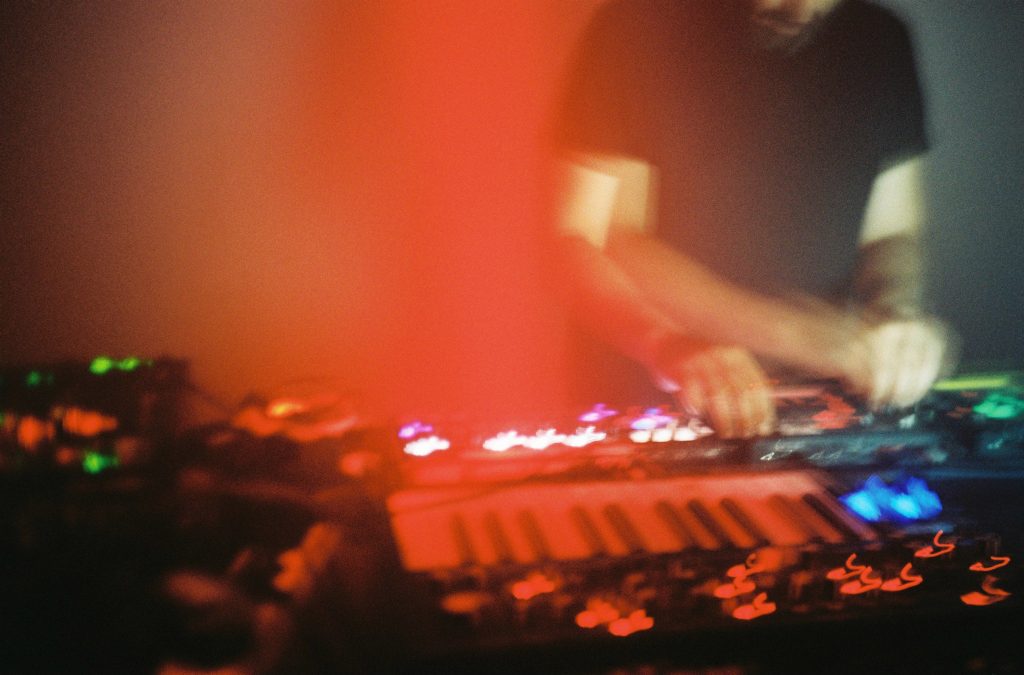