Tucked away in the intimate surroundings of Stockholms avant garde electronic music scene we find the duo Orphan Ann. Sofia Al Rammal Sturdza (also operating as SARS and Född Död) and Anja Enerud (Masskultur collective) have recently released their debut on the befriended Stockholm label Moloton, showcasing a powerful, cold-blooded initiation to their definition of synth music. As the rich vocals intersect with the eerie synths and in-place-out-of-place samples to a coherent force, we perhaps can mirror Practice of Surrender to their modus operandi in producing, collaborating, releasing, and forming a support network in a scene.
In this Exchange we inquire Anja Enerud and Sofia Al Rammal Sturdza about the ways community intersects with intentions and vision in artistic output. This Exchange is coupled with a mixtape ‘NEW YOU’, showcasing unreleased and dear sounds to Orphan Ann.

Z – Thank you for this interview. We are continuously fascinated by the question of shaping collaborative communities (in experimental electronic scenes). In which ways do you form a support network in Stockholm, within a frame of events, labels, artists, agencies, studios… Is there an effort in adopting a DIY strategy as a conscious disruption?

The music is just a branch of everything we do. We both have full time studies and jobs working on various projects at the same time. DIY is the way we do stuff so we can manage the pace and have full control of everything. We have our friends who happen to be our support network with labels, venues etc. That’s just how it works when you hang out with people who share your interests.

Z – Going a bit back to the origin of Orphan Ann, how did you decide to collaborate together and start the band? What would you say are the unspoken agreements between you while producing music?

We became friends through hanging out at the same venues. Then decided to make music together at an after party in our studio complex.

Nothing. We do whatever we want. Laugh at each other, argue etc.

Z – Crossing disciplinary boundaries, also with the efforts done in the Masskultur collective, is quite important in expanding horizons and challenging beliefs in any field. How important is for you for example the blending between genres, music and visual arts, or conceptual design and live performance?

That is just what happens in creative spaces. Everything blends and you give your friends in our case often artists the freedom of doing whatever they want. Collaborating is fun sometimes it works sometimes it goes to hell. Can be worth it.

Z – Stretching this entanglement of influences, how do you mirror these ways-of-doing with the production of your latest album and the transmitted sounds?

We just did whatever we felt like doing and recorded it. Sometimes it’s just that simple.

Z – Lastly, if you could give us a peek into the current landscape of Stockholm (or in a wider region) experimental music, who would you bring to our and our readers’ attention?

But creativity is passion. It will always find its way to exist. 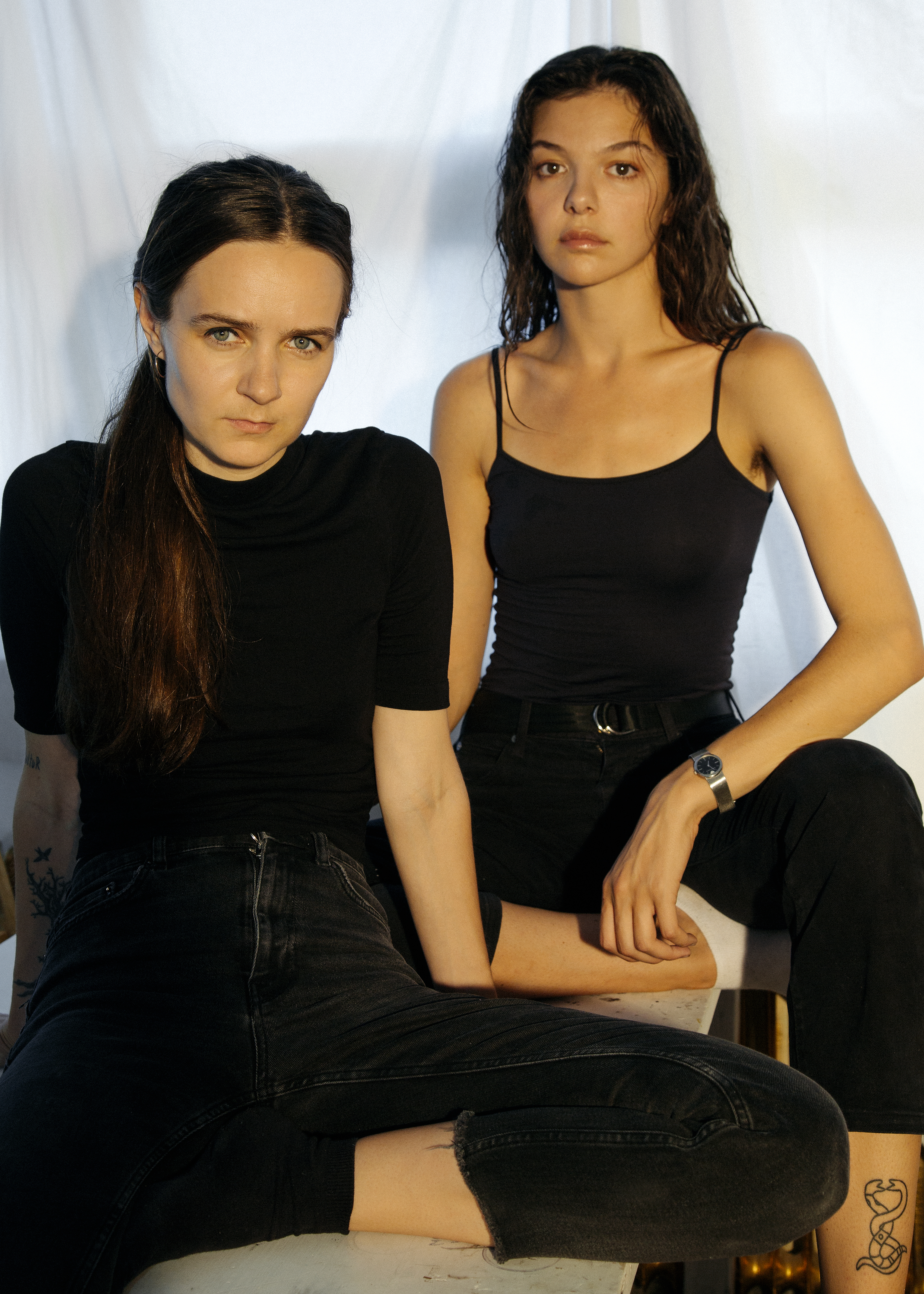 A collaboration that could only originate from the depths of Stockholm underground. Formed in 2015 – Orphan Ann is the duo of DIY veteran Anja Enerud (from the Masskultur collective) and Sofia Al Rammal Sturdza (SARS, Född Död). They burst onto the scene with a pitch-dark take on synth music, combining sharp, piercing vocal chants with atonal drones and bleak drum machine patterns into a gothic weave that is equally dramatic and heartrending – but still genuinely sincere. They have since performed at various stages around the world, including the MUTEK rendition in Mexico City and Norbergsfestival in Sweden. Their debut full-length album, The Practice of Surrender , is to be released on LP through the Stockholm-based Moloton imprint.