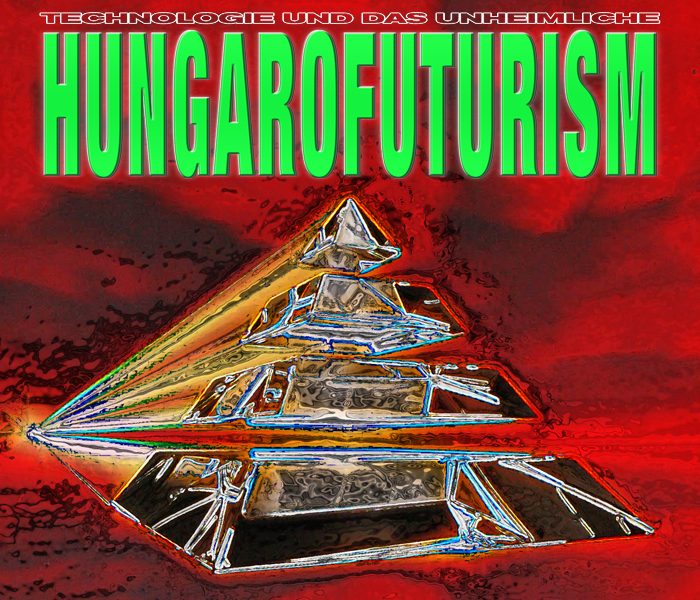 “T+U (Technologie und das Unheimliche) is a Berlin-Budapest-Elsewhere based publishing project and cross-disciplinary movement, that was initiated by Mark Fridvalszki, Zsolt Miklósvölgyi and  Márió Z. Nemes. T+U aims to circuit the cultural phenomena resulting from the confrontation between the conditio humana and technology by thematic issues and related projects. Regarding to this mission, T+U mediates between cultural technologies within the context of post-digitality and tries to contaminate para-academic thinking with artistic tactics.” – About T+U

Researching the human condition through various forms of spatio-temporal ways of doing, or forms of action, of which music is in our eyes an important mediator, gives a possibility to understand and maybe even cope with the quickening fragmentation of community. It is thus always interesting and inspiring to speak with (foreign) movements who have the same drive to understand our contemporary society through research, interventions, and physical outputs. Moreover, T+U as a collective is a very good example of the new Hungarian wave in the cultural underground, to which labels like Farbwechsel belong.

We are thus very honored to have an excerpt of the latest publishing of T+U on HUNGAROFUTURISM, containing a detail of their manifesto and some amazing imagery.

Hungarofuturism (HUF) is a mythofiction and aesthetic strategy designed to condition cultural memory. Nationalist ideology has occupied and co-opted our national and historical myths, therefore we must take them back, so as to rebuild the progressive forms of thinking Hungarianness. The goal of HUF is the transformation of imagination in both a spatial and a temporal sense. This can be achieved through the creative rechanneling of narratives of origin and a restoration of hope in futures past, or even speculative utopian futures that never have been or never will be.
1. COSMOLOGY
HUF is an experimental psychogeography that recreates the flora and fauna of the Carpathian Basin. The collapse of internal systematic critique has shown that instead of reformist transformation from within, we must create „alternative realisms”, new creatures, races and worlds. Such a terraforming, however, demands a position of exteriority, a distance from which myths of origin can be multiplied to the point of absurdity. We demand a Hungarian Outer Space instead of a Conservative Sky! This is not escapism; instead, it is a new Hungarian land-taking that does not so much suspend the previous one, but rather rewrites it, incorporating other narratives. Hungarian Outer Space in this context is not another place; instead, it represents a geophilosophical concept, a desire for another place. The New Land-Taking demands a national XENOPOLITICS and national XENOAESTHETICS! Similarly to Afrofuturism, this is an experiment in identitypoetical imagination, based on a radically ironic exaggeration of minority identity. As opposed to notions of Hungarianness currently hegemonic in Hungary, this is an alternative concept of what it means to be Hungarian, the discovery of a post-Hungarianism. The key to this Hungarofuturist mutational identity is the notion of metamorphosis as destination. Transformation is not a pathway: it is an end in itself. We arrived here as the People of Sirius, and it is there that we shall return! For now and forever! Within this xenoaesthetic transformation, national identity becomes a stranger to itself, and we come to live in a space of liminality, in which the search for exceptionality is deconstructed, along with humanist and universalist illusions pertaining to the importance of humanity in the cosmos.  The shooting up of national identity into space loosens the temporality of the nation, allowing us to reimagine history, tearing spacetime apart, opening the Hungarian landscape to otherworldly encounters – from here on out, the fictive past and an even more speculative future shall have their rightful places. 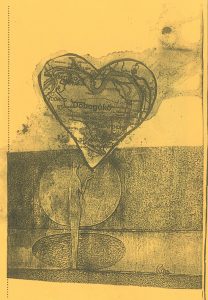 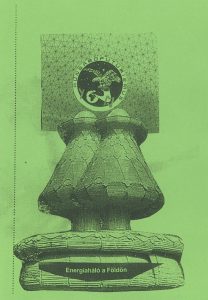 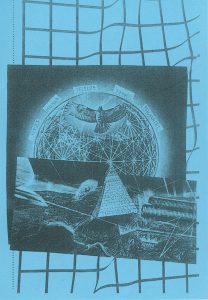